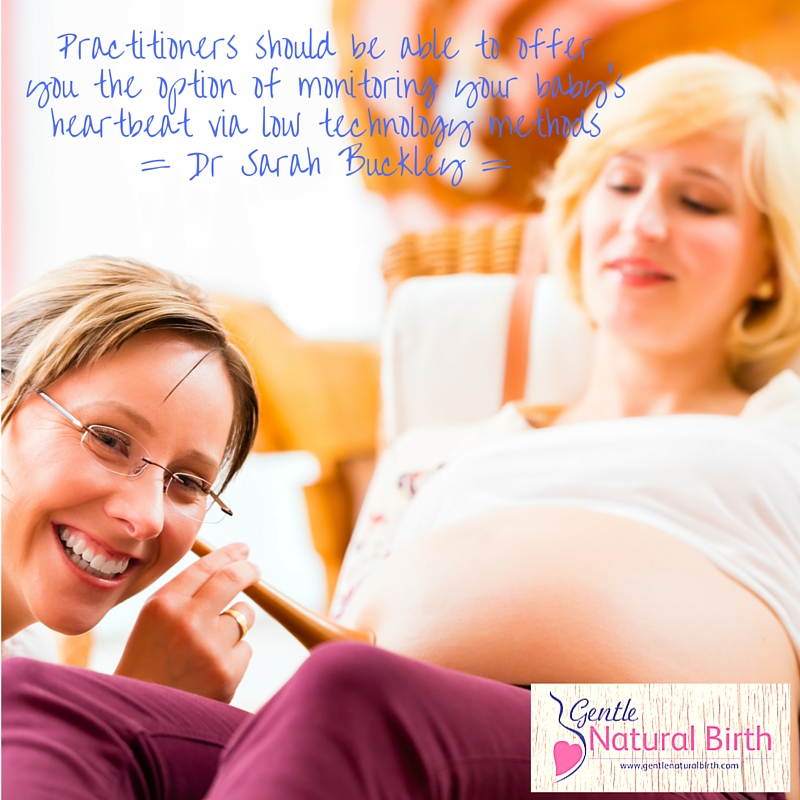 Having an ultrasound has become an expected part of pregnancy, and modern women may have many scans, sometimes beginning from the early weeks.

We are also lining up for “keepsake” scans, where we are paying hundreds of dollars for a scan with no medical need. We take home a blurry picture – or maybe a clear video – of our unborn baby to share with family and friends.

Ultrasound is an expensive and relatively new technology. Is it safe enough to be using routinely on all mothers and babies? Is it beneficial? What do you need to know to make (or facilitate) an informed choice?

As a physician and mother, I have been researching and writing about prenatal ultrasound since my second pregnancy, more than 20 years ago. While my personal choice was to have no routine scans with any of my four children, I know that sometimes this technology can be immensely helpful.

I support parents, and their fundamental right to make the unique choices in pregnancy, birth and parenting that are right for themselves, their baby and their family.

This blog is based on common questions from childbearing families. You can learn more about ultrasound in my book Gentle Birth. Gentle Mothering. You will find more information and links at the end.

1.    What are the benefits of ultrasound?

Ultrasound is a powerful technology to see inside the womb and can give very useful information in some situations.

For example, a scan can see if your pregnancy has miscarried, measure your baby’s growth, and clarify baby’s position. It can also see if you are carrying more than one baby (although this has not been shown to improve the outcome, as multiple pregnancies are usually diagnosed before birth).

In relation to a routine ultrasound in pregnancy (where there is no other reason for a scan) the main benefit is to detect abnormalities in the baby. Around 1 in 50 babies have a significant abnormality at birth, and a scan can pick up around half of these (around 1 in 100).

A routine scan can also estimate your due date. This is most accurate early in pregnancy. By 18-20 weeks, the accuracy of a scan is one week either side. If your scan date is later than your own estimation, this may reduce your chance of being induced for going “overdue”.

It can also be exciting to see your baby on the screen, and to learn their sex before birth. In fact, many people are having “keepsake” scans for this reason. However, professional bodies urge caution with non-medical use of ultrasound, which gives us no medical benefit but possible risks.

2.    What if my baby is diagnosed with an abnormality on ultrasound?

Ultrasounds mainly detect “structural” abnormalities in the baby’s body, although there are also special scans (“nuchal translucency”) that can pick up increased risks of genetic conditions like Down syndrome.

If your baby is diagnosed with an abnormality, you should be offered expert help and counselling to decide what is right for you. Generally, the only treatment for major problems that are found on ultrasound is a pregnancy termination. It is extremely rare to be able to treat conditions in the womb, because fetal surgery generally causes labour to start.

For less severe abnormalities, e.g. cleft lip/palate, club-foot, there is nothing that can be done until after the baby is born. Some parents appreciate being fore-warned, but you might also consider that this knowledge will significantly impact your experience of pregnancy, may reduce your joy, and could adversely impact your relationship with your growing baby. (See this study)

There are also very few conditions where knowing the condition before birth might advantage your baby, also evidenced by the finding that routine scans do not reduce the chance of babies dying around the time of birth (“perinatal mortality”). (See this study)

In addition, a positive ultrasound diagnosis may be wrong for around one in 10 to 12 babies. (See this study )

The short answer to this question is, “We don’t know”.

We do not currently have any high-quality scientific studies that compare the development of children who were exposed and unexposed to modern high-powered ultrasound scans in the womb. (See this study)

There are two high-quality “randomised controlled trials” from the early 1980s in Sweden and Norway. These older machines had 10 to 20 times lower output, and in one of these studies, scans were only 3 minutes in duration. Follow up at school age showed a small increase in non-right-handedness, suggesting that ultrasound exposure could have impacts on brain development. Several other studies have also found this effect. (See this study)

Animal studies do show offspring effects from pregnancy ultrasound, including effects on brain development (this study) and social behaviours (this study). Note that two studies using older scanning machines did not find increased autism risks amongst children with greater ultrasound exposure (this study and here). 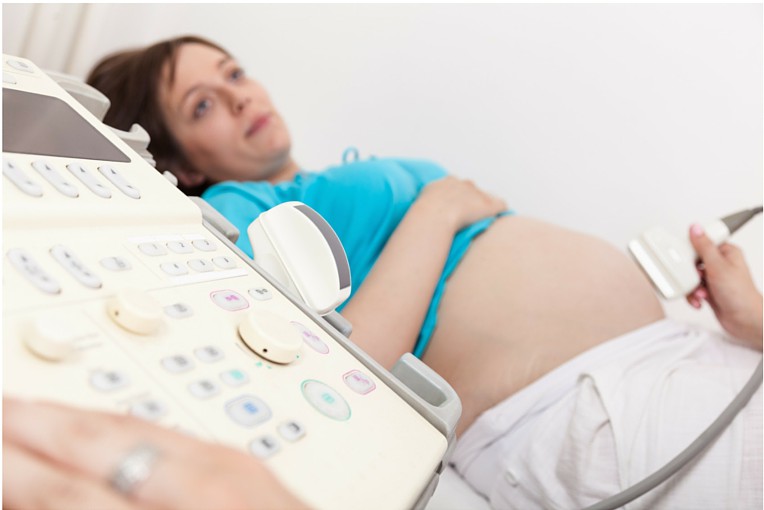 4.    Why does my doctor/sonographer tell me that ultrasound is safe?

Maternity care providers and practitioners all want the best for you and your baby, and many sincerely believe that scanning is not harmful. However, even the experts and organisations that are most involved in promoting and performing scans have accepted that there are unanswered questions about safety. (See this and this study for examples)

If your doctor or sonographer tells you that ultrasound is unequivocally safe, or does not know how to limit exposure to ALARA for your baby, I recommend that you share this article.

5.    What about fetal heart rate monitors and hand-held Dopplers (“sonicaids”)?

Ultrasound is also used to hear your baby’s heart beat and measure the heart rate. The small hand-held machines (fetal Doppler, sonicaid), as well as the large “CTG” machines used to monitor the fetal heart in hospitals use a special form of ultrasound called Doppler.

Doppler ultrasound has generally higher exposure levels than the “pulsed” ultrasound that is used to picture your baby. Doppler uses constantly-emitted ultrasound waves rather than short pulses, and is especially good for showing blood flow and colour. Because of the constant waves, Doppler scans have higher tissue-heating effects, and caution is recommended with Doppler scans in early pregnancy. (See this study)

Handheld Dopplers have low ultrasound output compared to scans, and are generally used very briefly in pregnancy, which also reduces exposure. However, exposures may be higher when prolonged continuous monitoring is done for many hours in labour.

There are no studies of the safety of hand-held Dopplers, and practitioners – myself included – have observed that babies tend to move away from the waves, suggesting an unpleasant effect. (See this study)

Maternity-care practitioners should be able to offer you the option of monitoring your baby’s heart via low technology methods such as Pinards stethoscope (see picture).

With a little practice, your friend or partner may be able to hear the low pitch of your baby’s heart (usually faster than yours, around 110-150 beats per minute) in late pregnancy by listening over your lower belly through a roll of cardboard or toilet roll.

6.    How can I reduce ultrasound exposure?

As a prospective parent you have the right to make an informed choice about medical tests and interventions for yourself and your baby (see this study). This includes accepting or refusing an ultrasound, and limiting your baby’s exposure.

Here are some suggestions:

Here are some quotes by ultrasound experts:

“…ultrasound involves exposure to a form of energy, so there is the potential to initiate biological effects. Some of these effects might, under certain circumstances, be detrimental to the developing fetus.” (International Society of Ultrasound in Obstetrics and Gynecology (ISUOG), 2009)

“Currently, there is no reliable evidence that ultrasound is harmful to a developing fetus. No links have been found between ultrasound and birth defects, childhood cancer, or developmental problems later in life. However, it is possible that effects could be identified in the future. For this reason, it is recommended that ultrasound exams be performed only for medical reasons by qualified health care providers” (American Congress of Obstetricians and Gynecologists, 2013)

“… it must once more be stressed that there has been no epidemiologic study published on populations scanned after 1992, when regulations were altered and the acoustic output of diagnostic instruments was permitted to reach levels many times higher than previously allowed (from 94 to 720 mW/cm2 spatial-peak temporal-average intensity for fetal applications). In several studies, levels reported by the manufacturers were no more than 1.5 W/cm2 spatial-peak temporal-peak intensity. There are no epidemiologic studies related to the output display standard (thermal and mechanical indices) and clinical outcomes. The safety of new technologies (harmonic imaging, Doppler imaging [spectral and color], 3-dimensional imaging, and the use of ultrasound contrast agents) as well as that of probe self-heating needs to be investigated.” (Abramowicz, 2008)

“Due to the exemption received by diagnostic ultrasound through the 510(k) process, there has been no extensive and planned investigation by independent laboratories into potential bioeffects risks of diagnostic ultrasound. Safety assurance rests on (1) an assumption of safety for pre-1976 ultrasound devices, (2) theoretical consideration of important bioeffects mechanisms and (3) interpretation of published research studies which may or may not have any relation to obstetrical ultrasound.” (Miller, 2008)

“Some non-imaging procedures, such as using Doppler ultrasound for fetal heart monitoring or peripheral pulse monitoring, use both continuous wave and pulsed low-power output levels that can cause tissue effects, although the exact mechanisms are still not completely understood. Low-intensity pulsed ultrasound effects, such as bone fracture repair reported in humans and repair of soft tissue damage and accelerated nerve regeneration in animal models, indicate a need for further research on potential fetal effects.” (Nelson, 2009)

Links to Pubmed studies, with some free full-text articles available. (Click the top right image under “Full text links” to see if you can access the full article.)

Where can I learn more?

My book Gentle Birth, Gentle Mothering (2009) has an in-depth chapter on ultrasound designed to complement this updated information

Happy Healthy Child- the Ultimate Childbirth Course! Parenting is changing-- have you noticed? The old paradigms from our parents' generation are transforming. Our new values, built around love and … END_OF_DOCUMENT_TOKEN_TO_BE_REPLACED